It’s that time of year to already start thinking about next season. Based on this season’s widespread exasperation, many skiers and riders will be doing their homework to determine which season pass will bring the greatest rewards.

Long lift lines, traffic jams and seasonal thaws inevitably will plague any ski season, but perhaps never to the degree that they did during the 2021-22 campaign. Last spring, of course, Vail Resorts reduced the prices of its popular Epic Passes by 20 percent ($783 vs. $979), creating higher demand. The resort conglomerate claimed it sold 2.1 million Epic Passes prior to this season, leading to overcrowding and complaints at its resorts across the country.

For the 2022-23 season, Vail has announced a slight increase across the board for its popular passes.  The unlimited Epic Pass jumped from a cost of $783 last season to $841 this season, while the Epic Local and Northeast Value passes increased from $582 to $626 and $479 to $514, respectively.

The slight price increase may turn off a handful of prospective buyers, but Vail’s Epic is still the most inexpensive multi-pass on the market this season. For $841, Epic Pass users will have unlimited access to 40 resorts including Vail, Beaver Creek, Wildcat, Breckenridge, Keystone, Crested Butte, Park City, Whistler Blackcomb, Attitash, Heavenly, Northstar, Okemo, Kirkwood, Stowe, Stevens Pass, and more. With additional partner resorts like Telluride, the Epic Pass unlocks access to more than 80 resorts. For $626, the Epic Local provides unlimited access to 40 resorts with holiday restrictions at some resorts, including Stowe. Epic snatched much of the overcrowding headlines this season, but other multi-mountain passes, such as Ikon and Mountain Collective, had their own shares of headaches, which has made the season-pass market more competitive than ever.

Indy Pass was the first to throw down the gauntlet in early March when it announced its pricing for the 2022-23 skiing and riding season. The Indy Pass, which provides two lift tickets to 82 independent ski areas across North America, will see no increase ($279 adults, $119 children ages 12 and under; Indy Plus, with no blackouts, is $379 adults, $169 children) for next season. But in looking to lure some skiers and riders who might be looking to escape the overcrowding that has occurred this season at multi-pass resorts (Epic, Ikon and Mountain Collective), Indy is also offering a get out of jail (for a price) card. On that note, the popular pass program also is offering the Indy Switch Pass. The new pass features a $20 discount ($259, $109) incentive, created for all Epic, Ikon and Mountain Collective pass holders who want to discover alternatives to overcrowded resorts.

“Our new Indy Switch Pass presents an option for anyone who bought an over-sold mega pass and allows those folks to experience the less-crowded, laid-back atmosphere at small- to mid-sized, independent resorts,” Indy Pass founder Doug Fish said. “We invite them to join the ‘Indy Revolution’ and see what they’ve been missing.”

Alterra Mountain Company’s Ikon Pass, meanwhile, raised its prices ($1,079, $769 base pass). The Ikon Pass delivers unlimited skiing at 14 destinations — Stratton and Sugarbush in New England — with no blackout dates. In addition, pass holders receive up to seven days at other locations, including Killington, Pico, Sugarloaf, Sunday River and Loon. The base pass gives 13 unlimited skiing destinations and up to five days at 30 other locations (with blackouts).

Outside of New England, the Ikon this year has added Chamonix Mont-Blanc Valley, Sun Valley and Snowbasin to its roster, which already included such stalwarts as Jackson Hole, Alta and Aspen.

“We are thrilled to add these iconic and storied destinations — Chamonix Mont-Blanc Valley, Sun Valley and Snowbasin — to the Ikon Pass community and expand pass-holder options in Europe, Utah and the Pacific and Northwest,” said Erik Forsell, chief marketing officer of Alterra Mountain Company. “Members of the Ikon Pass community now have even more ways to play with access to 50 global destinations, new pass options, and added benefits that offer flexibility and inspire adventure and a commitment to get out there next winter.”

The passes, which went on sale March 10, can be used immediately at Stratton and Sugarbush if purchased this spring. 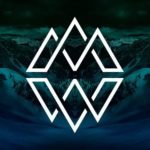 The aforementioned Sun Valley and Snowbasin also will be on Mountain Collective. The two Western resorts were both on Vail’s Epic Pass this past season. More details from Mountain Collective about its 2022-23 pass offerings are forthcoming, but last season, Mountain Collective users received two days each at 23 different locations. In New England, that included only Sugarbush and Sugarloaf.

Other destinations linked to Mountain Collective were Chamonix, Aspen Snowmass, Grand Targhee, Squaw Valley and Jackson Hole, which makes it a traveler’s dream. There are no blackout dates.

Noticing overcrowded resorts might have led to Boyne Resorts not including its newest member of the family, Maine’s Shawnee Peak, on its New England Pass. The pass offers season-long access to Loon, Sunday River and Sugarloaf. The platinum version ($1,659, up from $1,599 last season) of the pass also includes an Ikon Base Pass, three free days at Shawnee Peak, as well as Western Boyne resorts, and 50 percent off Mountain Collective resorts. The Gold Pass ($1,299) also includes 50 percent off tickets at Mountain Collective resorts and three days at Shawnee Peak and out west. The Silver Pass ($799) has 12 blackout dates. There are no blackouts on either the platinum or silver passes. Gold and platinum pass holders also get 50 percent off at Shawnee Peak after their three days.

Shawnee Peak, meanwhile, will have its own season pass ($759 adults, through April 30) with a similar perk. Unlimited passes come with three days each at Loon, Sugarloaf and Sunday River, as well as 50 percent off lift tickets when those days are exhausted.

The White Mountain Superpass ($1,259 adults, $769 teen, $659 junior) provides unlimited access to Bretton Woods, Cannon, Cranmore, and Waterville Valley. It is available for a limited time only.

Other independent resorts that have put season passes on sale include Bretton Woods ($945 adults), which is also offering a “No Regrets” pass. Skiers and riders ages 5-29 can purchase the pass ($199-$439 dependent on age) and also receive a free lift ticket to use the remainder of this season.

Pats Peak offers its unlimited adult season pass for $469 if purchased before April 15. King Pine’s adult passes will run $525. The Berkshire Summit Pass ($499 through March 31, $579 April 1-Aug. 31) is a combo season pass to Berkshire East, Catamount Mountain Resort and Bousquet Mountain that also has the option of an Indy Pass add-on. No restrictions. You’ll wind up paying a little more for an Epic Pass this year.  Vail Resorts released pricing information for its 2022-23 multi-mountain pass on Monday,…
Read More With all apologies to powder days worth salivating over, spring skiing is where it’s at.  Now, of course, you can’t have one thing without the…
Read More
Advertisement