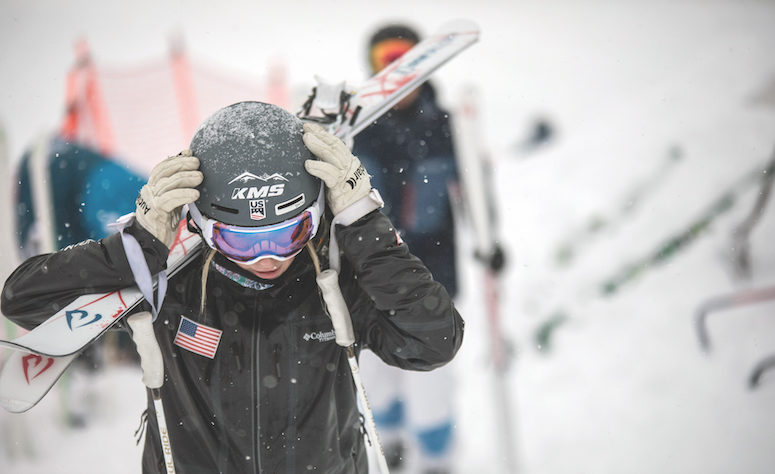 Here’s a look at four skiers with New England ties on the U.S. Ski and Snowboard Team who will be competing in freestyle events, as well as their Instagram handles in order to follow their journeys on social media.

Megan Nick, of Shelburne, Vt., is in her sixth year on the U.S. Ski Team. The former gymnast finished the last two seasons ranked in the top six overall in the world in aerials.

“I am incredibly grateful for this opportunity and all the people who have helped get me here because this wouldn’t have been possible without them,” Nick said. — @megsnick9

Pelham, N.H.’s Eric Loughran, who trained with the Loon Mountain Freestyle team, made his first Olympic appearance in 2018, when the 25-year-old finished 25th in aerials. — @ericloughran

Olivia Giaccio returns for her sixth season. The 21-year-old native of Redding, Conn. trained with the Steamboat Springs Winter Sports Club. She was the 26th-ranked  moguls skier last season.

Giaccio posted on Instagram before the official announcement:”The fact that we’ve fought so hard for Olympic starts over the past several weeks is quite a testament to the strength and depth of our team — and I’m honored to be a part of such a badass generation of female mogul skiers making big changes in the sport.” — @oliviagiaccio

Hannah Soar, a native of Somers, Conn., and a product of Killington Mountain School, finished the 2020-21 season as the No. 3-ranked mogul skier in the world. The 22-year-old qualified for the national team during her junior year in high school, and earned her first World Cup podium in 2019.

“Getting to represent Team USA at the Olympics is a dream,” Soar said. “Just hearing the Olympic theme song on TV gives me chills! The Olympics have always been bigger than sport for me. I love that the true purpose is to bring the world together over the commonality of sport. I think that is what I am most excited about, I get to do my favorite thing, mogul skiing, all while getting to represent the USA at an event that truly brings the world together.” — @hannsoar