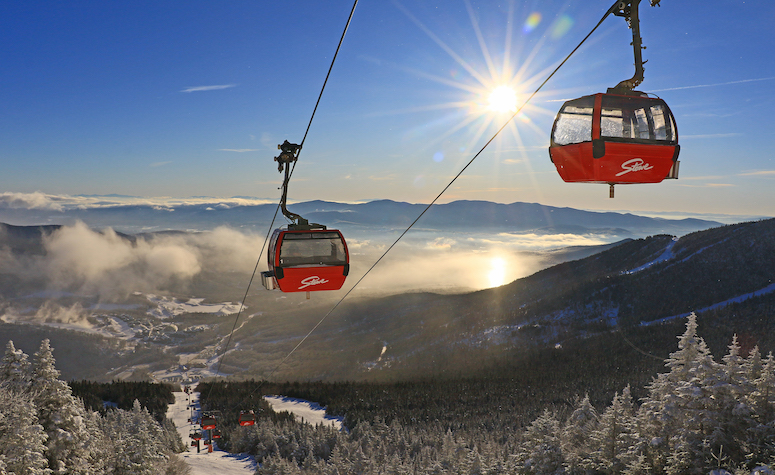 Mount Mansfield is the foundation of Stowe, which celebrated its 88th season. (Stowe Mountain Resort)

It’s going to cost skiers $30 per day to park at Stowe Mountain Resort next season.

The Reporter, a local Vermont newspaper, reported that it learned the parking prices were live via text message last week.

The fee will be paid through a smartphone app with advanced payment and license plate verification, or through on-site kiosks. There will be no in-person, on-lot transactions or gates/checkpoints that slow down guest arrival. “This system will help ensure faster, more efficient parking, especially at our busiest times,” Stowe’s site reads.

In April, Stowe had announced its intention to try and curb Mountain Road traffic by charging for parking on weekends and holidays. Parking will remain free at all lots Monday through Thursday during non-holiday periods, and at all lots after 2 p.m. Paid parking will be implemented Friday through Sunday and holidays at all lots, except at the cross-country center and Toll House area lots, which will remain free seven days a week.

Free parking will also be offered at all times in all lots to cars arriving with four or more guests, which the resort hopes will encourages carpooling.

According to Stowe, “net proceeds from paid parking will be reinvested to help further improve guest arrival and departure through increased shuttle and bus service and improvements to infrastructure such as lots and bus stops.”

Premium parking first went into effect this past season at Mount Snow in Vermont. Parking ran $15 on weekdays and $30 on weekends and holidays. Vail must have liked the monetary returns, as it has recently announced that paid parking will be implemented at resorts like Park City, Utah and Stowe beginning next season.

“We are proud to be a popular destination for skiing and riding, but we recognize that traffic is a key challenge,” Stowe general manager Bobby Murphy wrote in a social media post. “I’ve been asked what we can do to improve the flow of guests into and out of the resort. What can we do to help reduce traffic congestion, increase carpooling, and increase the use of public transit to the resort? How can our operations help change behavior? In response to this, Stowe Mountain Resort will implement a new parking plan for the 2022-23 winter season which includes free and paid parking, new payment strategies and special incentives for those who choose to carpool.”

Stowe will also ramp up its partnership with Green Mountain Transit, with proceeds from its paid parking going toward additional buses and capacity, as well as toward its own resort shuttle system to improve public transportation in and around the resort.

“By encouraging more people to use public transport, carpool or visit during non-peak times, we hope to move congestion off of the two-lane road leading to the resort and from our main lots,” Murphy wrote.