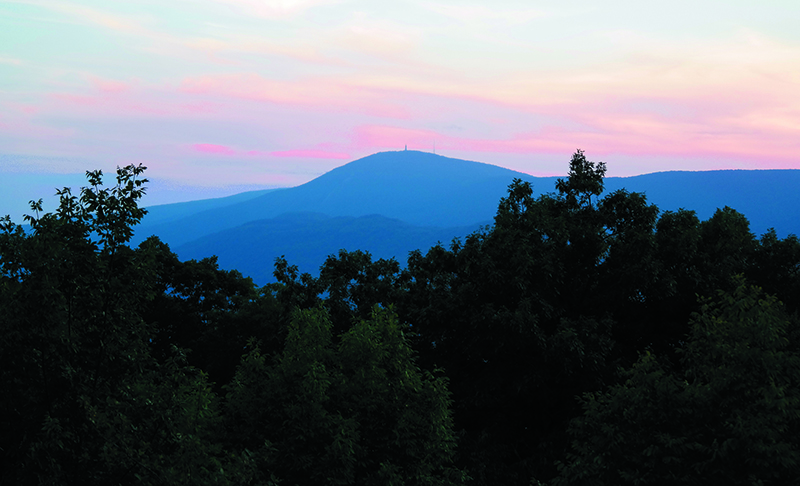 State parks around New England are so numerous and varied, you can find several that fit every recreational option possible, from ocean to inland, challenging mountain hikes to leisurely strolls in the sand. It all works in this season of high sun and long days.

Starting about 10 minutes from the Milton, Mass., offices of Seamans Media (as the crow flies) is Boston Harbor Islands National Recreation Area, stretching like a verdant necklace from nearby Spectacle Islands to Brewster Island (Great and Little) about 10 miles from downtown Boston.

At one time, Boston Harbor was so badly polluted with waste and industrial effluents that few would ever link the word harbor with recreation. But over the years since George H.W. Bush was scolding Mike Dukakis over Boston’s pollution in the 1972 presidential election, the fortunes of Boston Harbor and other waterways such as the Charles River have made quite an amazing turnaround.

Now ferry boats leave regularly from Boston’s Rowes and Long Wharf to several of the islands offshore. Spectacle Island is one of the most developed, with hiking trails leading up to a promontory of a few hundred feet that looks back a mile or so to the city’s commanding skyline.

Spectacle — so named because from the air the island resembles a pair of glasses — has a large visitors center, snack bar and patio and picnic benches. And, though it would seem doubtful less than half a century ago, swimming beaches. In high summer, Spectacle can get quite crowded with tourists and summer camps.

Another good day trip in the harbor is Georges Island, also under two miles from downtown — about a 25-minute ferry ride — and again, from the Rowes/Long Wharf ferry terminus.

While all the islands have a historical component, usually of military significance, Georges Island is the site of Fort Warren, which — when kids are sick of sitting on the beach — is a great place to explore. Still very much intact with its cells, common rooms and soldiers bunk rooms, Fort Warren — named for Revolutionary War leader Joseph Warren, who was killed at the battle of Bunker Hill — stands high on a rocky hill protectively commanding the waters of outer Boston Harbor. The rest of the island features all the elements of a summer outing, including swim areas, picnic grounds, a snack bar and gift shop.

In Hingham, which marks the southern shore of Boston Harbor, lies one of the most beautiful natural seascapes in Massachusetts called World’s End, a 251-acre peninsula. Once destined for development, World’s End is now conservation land and a natural park with rolling hiking paths that wind all the way to Hull Gut, the southerly passage from Boston Harbor to the sea. The west pathway out to the Gut features a wideangle view of the Boston skyline, while the return path looks over marshland and Hull’s inland bay. There are no facilities or camping on World’s End. Except for the pathways and a few benches, the land is kept in a natural state.

On Cape Cod, the beaching is legendary, of course, but there also is a spectacular inland multipurpose gem, Nickerson State Park, featuring nearly 2,000 acres of deep woods, gurgling brooks and freshwater glacial ponds, some of which are seasonally stocked with trout for anglers. In all there are eight such ponds and lakes, many suitable for swimming. All are accessible by car, or by riding the 8-mile bike path that connects with the Cape Cod Rail Trail. The campground has 400 sites with platforms for tents, cabins and yurts. Single sites are $15 per night, group sites $25 and yurts $40. Nickerson, open through Labor Day, is in Brewster off 6A. For more information, call 508-896-3491.

North of Boston? Check out Castle Hill on the Crane Estate in Ipswich, Mass. Native Americans once thrived on this terraced land that rises abruptly from the open rolling ocean off the North Shore. The Castle Hill Estate, the crowning jewel in the Crane land that the natives called Agawam, was a rich fishery. In 1637, John Winthrop, one of the first governors of the Massachusetts Bay Colony, farmed the land as the natives had always done. But in the 1880s, one of the country’s wealthiest industrialists, Richard Crane, transformed the land into a large agricultural estate with the Great Building at its center. The farm still has a beautiful garden to stroll, and a wide groomed lawn undulates for half a mile to the shore, a great walk in the not-so-challenging range. The estate is open for summer visitors and is located at 290 Argilla Road, Ipswich. For more information, call 978-356-4351.

Far from a casual day park, Mount Greylock in western Massachusetts has all the stature of Vermont’s Green Mountains or New Hampshires’ Whites. From the summit there are commanding views into five states, and you can make your hiking plan on some 50 miles of trails, following such early Greylock fans as Herman Melville and of course Henry David Thoreau. The camping is more in the primitive variety at the Greylock Campground, and the stone Bascom Lodge offers private rooms ($125 to $150 per night) as well as coed bunk rooms ($50 per night). Greylock is one of the early ski industry’s famed ski mountains and once drew groups from several collegiate outing clubs. It has deep woods and very challenging terrain for those seeking true outdoor adventure. Check it out at 30 Rockwell Road, Lanesborough, Mass. (413-499-4262).

At 300 feet deep, Sebago Lake in southern Maine boasts 1,400-acre Lakeside Park, a summertime adventure mecca offering much more than boating and fishing. It also boasts its very own species of fish — Salmo Sebago — or Landlocked Salmon. The end of the lake nearest the town of Sebago rents boats and fishing gear. At the park, there are hiking trails, horseback riding and trail biking for landbound activities, and the campground has 250 sites ($15 to $35 nightly). Sebago is very accessible from the Portland, Maine, region and can be accessed from the town of Casco. Drive the access road to the campgrounds. Call 207-693-6613 for more info.

For camping in serious wilderness, Umbagog Lake State Park, straddling the border of Maine and northern New Hampshire, offers outdoor adventure to those tested and ready for such challenges. There are boats and canoes to rent and paddle along its waterways, central to which is Lake Umbagog itself, an 11-mile stretch of some of the most pristine wild waterways in New England, surrounded by a wildlife refuge that protects all manner of wild animals and birds, from osprey to moose. Most visitors see abundant wildlife in its natural habitat. There is a modest base camp with about 30 campsites, with another 33 remote campsites reached by shuttles from the base. Base campsites ($35 per night) have water and electric. The park stays open through the summer and into the fall, closing Columbus Day. Best approach is from Route 26, Cambridge, N.H. Call 603-482-7795 for info.

In Vermont’s Lake Champlain, a ferry runs from Kill Kare State Park to a secluded spot off St. Albans. Cars cannot reach this spot, a fact that enhances the beauty of this part of Champlain in the northern part of the state. There are three miles of beaches and swimming in the lake and walking trails that lead to Eagle Bay. Also, this is a terrific freshwater fishing spot, and boats are available. Burton Island has about 20 tent sites and another 25 lean-tos. Also, for boat visitors, there are 15 moorings available on a temporary basis. The park, at 714 Hathaway Point Road, St. Albans, Vt., (802-524-6353) closes after Labor Day.

In southeastern New Hampshire’s Pawtuckaway State Park, one of the most popular activities is getting away from crowds by foot or by boat. A network of trails runs throughout the 5,500-acre park, with one leading to a fire tower that tourists can climb as a lookout over the whole region. There is a popular lakeside beach and canoe/kayak rentals. There are five cabins and nearly 200 campsites on the land and along the shoreline. Huge glacial boulders dot the shoreline and offer great climbing for kids of all ages, and there is great camping on Horse Island and Neal Cove. Campsites range from $25 to $30, with cabins available for $65. The park gate is at 128 Mountain Rd., Nottingham, N.H. Call 603-895-3031 for info.

Cold State Park in Bristol, R.I., is a 465-acre cultivated canvas of rolling lawns and fruit gardens looking out on Narragansett Bay, formerly home of the America’s Cup, and still dotted with distance sails plying the bay to and from Newport. The park contains many walking trails, some leading to fishing piers. There is swimming and picnic tables, along with four miles of bikepaths as part of the 15-mile East Bay Bike Path. A visit to nearby downtown and Bristol are treats of another kind. The park entrance is off Route 114, Bristol, R.I. Call 401-253-7482.

Many miles farther south on Connecticut’s Long Island Sound, Hammonasset State Park offers some terrific beaching. If you’re a little put off by New England’s generally chilly water, Long Island Sound features much warmer water along its two-mile length and is bordered by a boardwalk. The Meigs Point Nature Center has all manner of activities and programs especially appropriate for kids. The campground has 558 sites, and the camp is open to mid-October. Tent sites with water and electric are $20-$30 per night. Hammonasset is located at 1288 Boston Post Road in Madison, Conn. Call 203-245-2785 for more information. 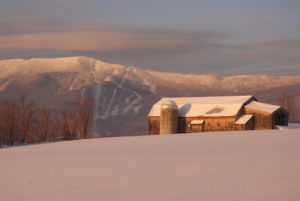 Could we face this Crystal-clear problem in New England as well? 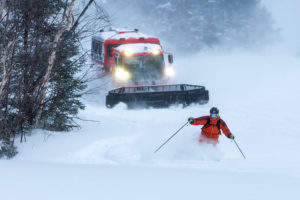 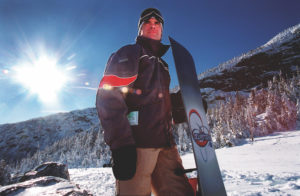 There’s always been something about Jake Burton Carpenter that I intrinsically liked. I never personally met the founder of Burton Snowboards, a reality that I’ll…
Read More